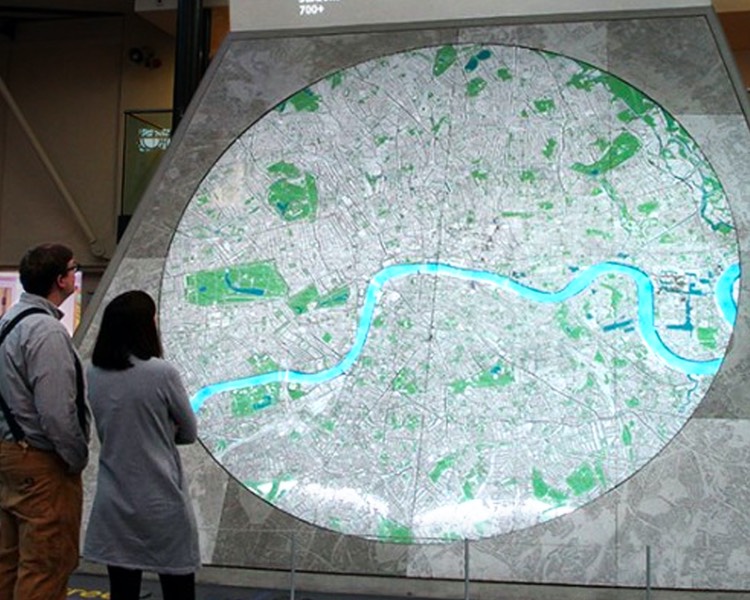 Working with the London office of Ralph Appelbaum Associates, I lead the design of a proposal that won us the contract to redesign the London Transport Museum - one of London’s most iconic visitor attractions. The collection tells the 150 year old story of the London’s Transport network, how it defined the ‘look’ of London, and transported a very British sense of modernity out from the capital and into its suburbs.

Our challenge was to design an experience that celebrated the transport network as a complex system defined by a unique design language, finding stories that reveal the extraorinary in the everyday. Most Londoners know what its like to ride the tube, but few appreciate what it takes to make one of the biggest transportation networks in the world run on a daily basis. This was an opportuity to celebrate the ingenious problem solving capabilities of designers and engineers spanning several generations. 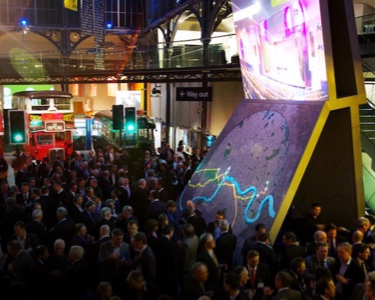 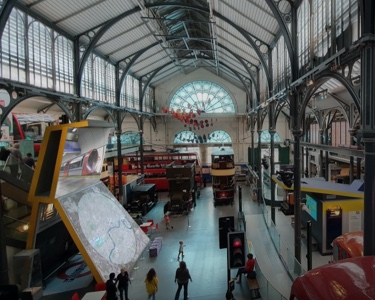 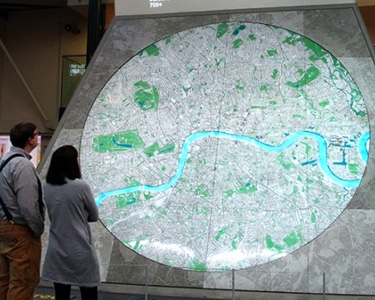 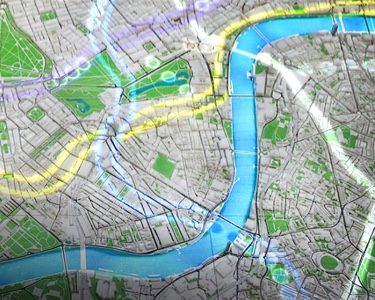 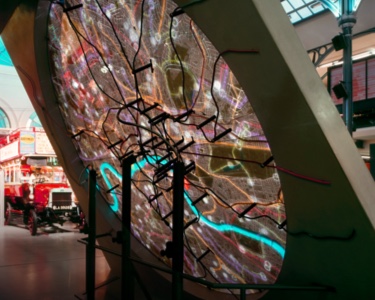 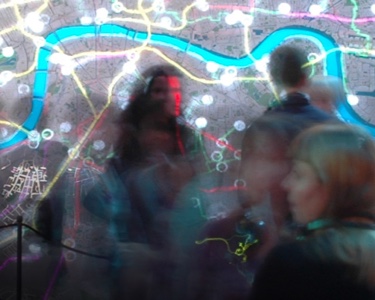 After we won the opportunity to re-design the museum, my focus shifted to creating a central exhibit that would act as a focal point for museum visitors and special events. We developed the idea of installing a giant map of the city and augmenting it with human stories using video projection.
‍
“Connections” takes the form of a 15-foot-tall 3D map of London replete with 55,000 model buildings cast in finely detailed concrete.  Video stories about commuter journeys are projected in the upper section, while the model is augmented with diagrammatic animations that portray journeys through the system.
‍

The system transitions from videos recorded by commuters on their smartphones, to live CCTV camera footage pulled from cameras around the city, to real-time GPS tracking of London’s cabs and buses. Visitors can also walk behind the map to discover the true shape of the London underground modeled in 3D.
‍
“Connections” was installed three years prior to the public release of Google Earth - so for many Londoners, it provided their first detailed aerial view of their home city. The exhibit also anticipated three technological themes of our times: social media, satellite photography and big data. Designed and built before the launch of Facebook and Google Maps, “Connections” brings these media tropes together in a way never seen before or reproduced since. Moreover, it celebrates the wonder of an infinitely complex system and still stands as the UK’s largest data display.

Connections continues to remain a vital and relevant project years after it was installed. In 2016, a new generation of data scientists and visualizers updated the project as part of a new exhibition called “Transported by Design” in collaboration between the museum, Dr. Ed Manley and his team from the Bartlett Centre for Advanced Spatial Analysis (CASA), University College London (UCL) and S.I.D.E Projects.

I worked with Ralph Appelbaum Associates UK office to develop the concepts and strategy of the project winning proposal, including the design of the visual presentation. I then lead the design of the interactive exhibits, with a focus on the Connections exhibit. I initiated the conceptual design which was then completed by other members of the RAA UK team and ISO Films.